When I was a kid, like nine years old; I wanted to be a cartoonist. I did up a bunch of cartoons of an idea for a strip. It was about a family of worms (this cartoon isn’t one of those). Anyways, I got up the courage and made an appointment with the cartoonist for the Red Deer Advocate. I was so nervous when he met me, and he was so kind in letting me down, “People probably won’t be able to relate to a worm cartoon” he said. He drew a cartoon for me to keep, that’s probably what you do when you crush some kid’s dream, but I left there feeling deflated and excited (He drew ME a cartoon). I wish I remembered his name today, because he actually ended up helping me. 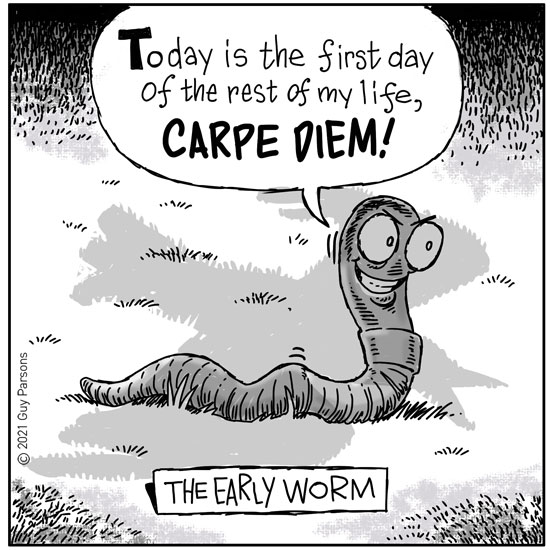