man and the sea

This was for Dave Willicome at West Magazine, he’s a great AD to work with. The image was for a story about a ship sinking in the yukon at the turn of the century and it’s sole survivor. I was inspired for the idea of using smoke to depict the past –by one of my students. I wondered if the survivor went down to the dock occasionally to think about those that perished. 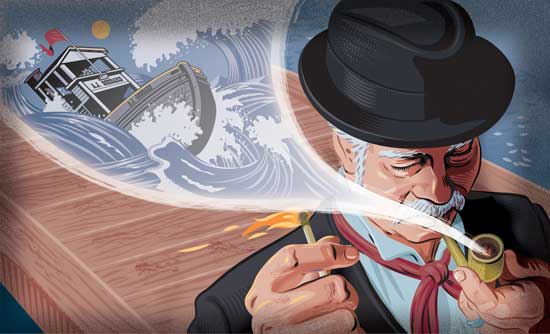